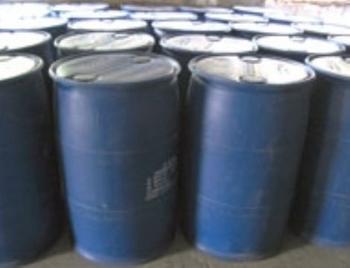 The gas restriction policy has formed support for methanol prices in the short term, but it has failed to really reverse the overall pattern of supply exceeding demand, and the methanol price rebound is still facing greater pressure. Methanol turnover in the off-season is sluggish, but there is no lack of trading opportunities. Investors should focus on the main capital trends and grasp the pulse of the market.

The effect of limited gas policy is weakened, and the supply is still sufficient. The spot price of methanol is supported by the natural gas restriction policy. The small smashing steps continue to rise, and the price is back to 2,800 yuan/ton. However, the large inventory in the market shows that the supply is adequate and slightly more. The market has taken poor sales, and manufacturers and traders have become increasingly aggressive in their price promotions. As of December 21, Jiangsu stocks were 499,800 tons, an increase of 74,800 tons from the beginning of the month, an increase of 17.80%, rising for three consecutive weeks, close to the highest point of the year. Although Shaanxi Huadian Haotian, Inner Mongolia Boyuan, Lanzhou Lanxing, Qinghai Zhonghao and other natural gas methanol production plants have cut production and stopped at different levels due to limited gas policies, the average daily output loss is close to 1,500 tons, and some market supply gaps, but other production facilities have not Affected, the operating rate remained above 60%, resulting in the gap was soon filled. Coastal inventories have been increasing, and the supporting effect of policies has been weakened, which has exerted greater pressure on the rebound of methanol prices.

The traditional downstream demand was low, and the new downstream demand did not increase the prices of domestic methanol, dimethyl ether, acetic acid and other traditional methanol downstream products as a whole fell compared to the end of last month. Major markets in eastern China had major product declines ranging from 50-100 yuan/ton. The downward pressure on downstream product prices has become a trend. The strong methanol price and lower profitability of downstream products further limited the demand for methanol and hindered the rise in methanol prices, leading to a vicious cycle. This phenomenon has continued to this day and there have been no signs of breaking. However, the domestic new methanol-to-olefins project is still in the stage of construction or trial production. It has not been able to play its true role and is still in a state of potential demand. According to data from the 46th Annual European Petrochemical Association (EPCA) meeting held in Budapest, Hungary, the average annual growth rate of global methanol demand is 10.5% in the next five years. Currently, global demand is estimated to exceed 50 million tons/year. According to its forecast, new demand in the next few years will be mainly concentrated on the MTO plant in Asia.

To sum up, the continuous increase in coastal inventory not only fills the gap caused by limited gas, but also makes inventory return to historical highs. However, the demand for traditional methanol downstream products has not improved, and emerging downstream products have not been able to shoulder heavy responsibilities. As a whole, the pattern of oversupply in the methanol market has not changed and there is downward pressure on prices.